Editor’s note: Steven Halady is a current MSW candidate (he entered the program with a PhD in Philosophy) and is the first student to write a guest blog post for SocialWorkSynergy. As Human Rights Day (December 10) approaches, his essay offers an expanded view of social justice and suggests a larger moral compass for the profession.

Human rights provide an important moral foundation for social work. Many social work practitioners, educators, and researchers acknowledge the ways in which human rights are an essential professional value. In its International Policy on Human Rights, the National Association of Social Workers notes that, “Human rights and social work are natural allies.” As Elizabeth Reichert writes:

For too long, social workers have stood aside from human rights, considering discussion of the topic to be more international and legalistic. Fortunately, this reluctance to integrate human rights into social work policies and practices has started to fade. Human rights now cover domestic, as well as international, circumstances, and, in many cases, human rights principles have a direct impact on local social work issues (Reichart, 2011). 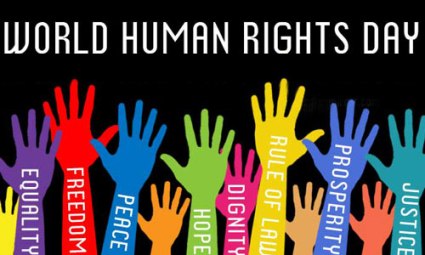 I don’t question the fact that human rights are good for social work, but I want to ask, are they enough? Do human rights provide an adequate moral foundation? My answer to this question is, no, they do not.

“Human” limits our conception of moral concern too narrowly for the work that we do. As a profession, we need to expand that circle of concern to include more than just the human world: non-human animals and natural environments must be added.

The social work profession is becoming more aware of this need.

Environmental social work is a growing field for research and education. As just one example, the International Journal of Social Welfare dedicated its July 2012 edition to social work’s engagement with the environmental movement (Coates & Gray, 2012).

This notion may seem to be a radical departure from traditional social work values. Yet every call for an expansion of moral concern has been dismissed as too radical a departure from tradition. Expanding social work’s moral circle to include the non-human world is in fact not radical, but  grounded in our traditional ecological perspective: non-humans and natural environments cannot be separated from the social environment that is the object of social work practice.

Take hunger and food poverty for example. UNICEF reports, “Every 3.6 seconds one person dies of starvation. Usually it is a child under the age of 5″ (UNICEF, 2014). This is clearly a matter that fits within social work’s jurisdiction.

In Animal Liberation, the book that started the modern animal welfare movement, philosopher Peter Singer points out that factory farming is not an ecologically sustainable practice (Singer, 1990, 2009). In the factory farming model, we use more energy – fossil fuels, water, and food plants – in raising livestock than we get back in the form of food. The meat industry is able to survive only through heavy government subsidies. In addition, the massive water use needed to produce meat contributes to drought, while contamination from the animal waste produced is a serious health threat.

Resources could be used to grow plant foods instead of meat, providing more food at lower economic and environmental costs. In factory farming alone, the issues of poverty and hunger, child welfare, government policy, and health are all intimately tied to the ways we treat non-humans and the environment.

Environmental social justice thinkers such as Robert Bullard and Vandana Shiva open up new understandings of the issues that social work has long dealt with; they illustrate interconnections between multiple oppressions and social problems as well as offer possibilities for innovative responses.

Bringing the non-human world into social work’s moral circle does not crowd out the humans. Rather, it expands and enriches our capacity to serve.

So, what can social workers do to broaden our moral foundations to include more than just humans?

First, we can take steps to become more informed about the ethical issues and practical challenges that include the non-human world.

By reaching out to colleagues working in environmental and animal-related fields, we can discover areas of common need. Social work educators can also integrate research on environmental social work and environmental justice into courses. Study in this area can be certified for professional development or continuing education credits. We can expand social work ethics to include animal rights, environmentalism, and other moral concerns regarding the non-human world.

Second, we can collaborate with professionals and activists to develop partnerships for social change, expand our own understanding of diverse forms and methods of social justice work, and create opportunities for shared advocacy.

Third, we can adjust our own practices to make more environmentally-conscious decisions. One way is to make vegetarian or vegan food the default at social work conferences and events. Simply changing the menu raises consciousness about where food comes from and the ethics on our plates.

While human rights is a necessary chapter in social work ethics and identity, it should not be the whole book. Expanding our circle of moral concern to include the non-human world may seem like a radical departure from social work tradition, but it is in fact a natural evolution of the core traditions and values of the profession.

A broader moral foundation that includes non-human animals and natural environments allows social work to come to a fuller fruition. 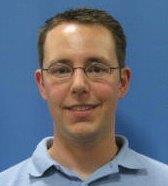 Steven Halady received a PhD in philosophy from the University at Buffalo in 2010. Over the past ten years, he has taught undergraduate courses on ethics, human nature, philosophy of science, and the history of philosophy at a number of colleges in the Western New York area, including the University at Buffalo, Canisius College, and Niagara University. Steven is currently an adjunct professor in the Department of Philosophy and Religious Studies at Daemen College. He will receive his MSW in 2015.

Do you agree that social work should “expand our circle of moral concern to include the non-human world”? Please share your thoughts – we welcome your comments.