Posted on April 29, 2015 by Pat Shelly, Univ. at Buffalo School of Social Work Leave a comment

from
University at Buffalo SUNY School of Social Work 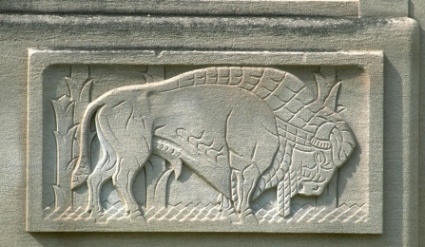 Members of the Faculty Council of the UB School of Social Work raise our voices in solidarity with the Black Lives Matter movement and other struggles to end the dehumanization of people of color and to promote equitable and humane treatment for all people. This dehumanization, which is pervasive in our culture and societal institutions, leads to the perpetration of systemic violence and human rights violations upon communities of color. Although dehumanization is a global phenomenon, we focus our current attention on the United States. Among the many examples of this dehumanization we note:

As a School of Social Work dedicated to promoting social and economic justice, human rights, and a trauma-informed perspective, we will continue to:

Casselman, B. (August 26, 2014). The poorest corner of town. http://fivethirtyeight.com/features/ferguson-missouri/

Eberhardt, Jennifer. L.
Dr. Eberhardt is a social psychologist at Stanford University who studies race and inequity, especially in the criminal justice context. Her faculty page can be found at: http://web.stanford.edu/~eberhard/  She was awarded a MacArthur “Genius” Award in 2014 in recognition of her work. Her webpage is a good place to find up-to-date, state-of-the-art research findings that directly relate to “real world issues.”

Goodman, A. (November 27, 2014). Shaking the heavens in Ferguson, Missouri. http://www.democracynow.org/blog/2014/11/27/shaking_the_heavens_in_ferguson_missouri

Harding, K. Ten things white people can do about Ferguson besides tweet. http://www.damemagazine.com/2014/08/14/ten-things-white-people-can-do-about-ferguson-besides-tweet

Moyers & Company, Interview with Michelle Alexander: Locked Out of the American Dream, Published on December 20, 2013, https://www.youtube.com/watch?v=om2hx6Xm2JE

Racismreview.com is a recommended blog. According to the site, the contributors “are scholars and researchers from sociology and a number of other social science disciplines and a variety of academic institutions across the U.S., as well as in Canada, Europe, and elsewhere.”

U.S. Department of Justice (2015). Investigation of the Ferguson Police Department. Retrieved from http://www.justice.gov/sites/default/files/opa/press-releases/attachments/2015/03/04/ferguson_police_department_report.pdf

Wilkerson, I. (2010). The warmth of other suns: The epic story of America’s great migration. New York: Vintage Books.