Posted on July 23, 2015 by Pat Shelly, Univ. at Buffalo School of Social Work Leave a comment

Twelve of us gathered on May 12th, eleven – students, faculty, staff, a volunteer – from University at Buffalo (UB) School of Social Work and one other UB graduate student. We were ready to take part in a community conversation on the profession of social work and how its members respond to jihadism or other extremist humanitarian disasters. Social work’s Code of Ethics promote peace and the protection of human rights, so there is grounding for the School to take up the task of examining this topic.

With a commitment to observing trauma-informed and human-rights based principles, we were conscious of being respectful of each other and maintaining a safe place to express feelings and explore ideas. We believed each of us had some measure of cultural humility in entering this conversation. 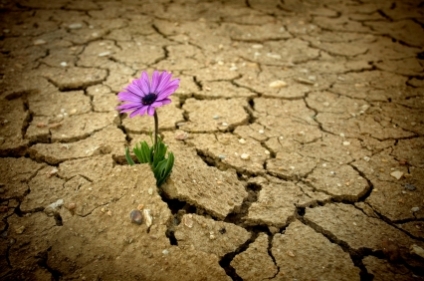 We each stated why we were here – a desire to learn more about Islam, what exactly is the impact of ISIS, and what social workers were doing in the aftermath of its campaigns in areas of Syria and Iraq. Many expressed feelings of helplessness when faced with such crises created by human means.

During the ensuing two hours, the group shared personal experiences, what interventions had been used – particularly with youth who left Western home countries to join ISIS – and the difficulty in feeling any effectiveness when faced with this or similar extremist events. 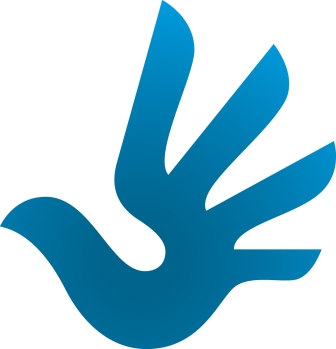 We spent much less time on jihadism and ISIS specifically during these two hours (perhaps due to the fact that the majority of us had limited knowledge about Islam) and much more time speaking about the difficulty of dialogues around religious beliefs, race and other divisive differences. We were also conscious of acknowledging and correcting any stereotypes of Muslims that emerged during this dialogue. 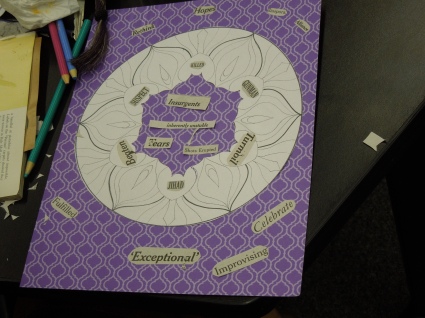 The power of art

As we spoke, most of us began working with art materials  – colored paper, scissors, magazines for clipping, markers, pencils, mandala templates  – because working with our hands can help us put our ideas or feelings into words; it may relieve some anxiety related to revealing out thoughts regarding such a complex subject. 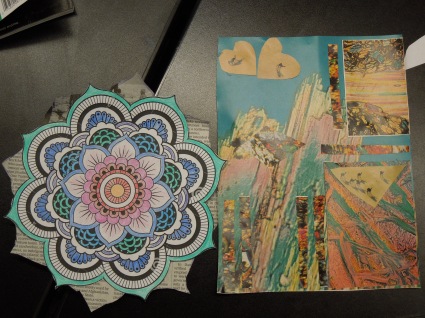 Making something beautiful can help make talking about a difficult subject easier.

A compilation of some of the thoughts and comments we shared with each other:

– I want to learn more about the different views and thoughts that those in the School of Social work have on the topic.

-I’m concerned around Muslim stereotypes being perpetrated, and am interested to see the tenor of this event.

-There is lots of art used to address this conflict and help those who formerly were directly involved in or who left their homes to join ISIS (reference made to the resource list which includes ways the arts have been applied in this way).

-It is hard to think of foreign policy as anything but violent responses or aggression. The Western media portrays the Middle East and Northern Africa (aka MENA in policy circles) in terms of the interests of the U.S.A. or the U.K.

-Is it safe to have or to continue talks like this on our campus, in hallways and classrooms?

-We have a number of military vets at UB and in social work: we can be against military action and NOT be against any vet or member of armed services. Important to be clear about this.

-As a school of social work, we are the school, the school is us, the United States is us, Buffalo is us, the military is us. It’s important to avoid an US versus THEM dichotomy.

-As social workers, we should know why these conflicts (the emergence and success of ISIS) happen – and be able to give some perspective and intervention.

– I was taught that violence is wrong, but I want to see how I can help keep the talk going – it is really hard sometimes – like coming to a stop sign.

-I’m proud that we are starting this conversation.

-We need to stop “othering” people – we are all “other” in some sense – based on gender, race, nationality – so let’s move beyond that.

-We as Americans are too quick to use bombs to solve a problem… we need to work to provide an alternative to USA militarism.

-As social workers, we know how to interact with lots of different groups, different people.

-Yes, as social workers we can do a lot of things but … so what?

-We can present positive things – let’s appreciate that we (social workers, the UB School of Social Work) promote peace.

-The school has a social justice statement that is something I’m very proud of – it incorporates Ferguson, police brutality, shootings, stereotypes like sports mascots, immigrants – it’s well-crafted. In a similar way, we can challenge stereotypes of Muslim people and stand as allies – we in this room have a variety of backgrounds and beliefs and have come together and can look at how.

-There is power in standing together – standing with Muslim people as allies and saying, yes, this matters to us too.

-I feel social workers are running behind everyone else taking actions – maybe we could form something like Doctors Without Borders and make real change – not just in the halls of academia.

-Yes, the root of social work is making social change and all of us are part of that. 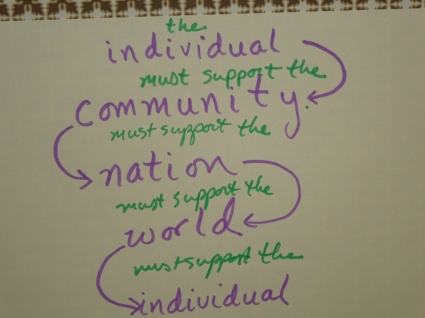 A web of mutual support.

-Here’s artwork based on remarks made by Ramu Damodaran at the 2015 Social Work Day at the U.N.

-Yet as individuals, we cannot feel that we are responsible for things we are not!  Like climate change – use cold water to wash – what will this really change?

-I feel peace (as in social justice, not just the absence of war) is a core social work value – by stating this, it can make a difference as a counter-message to the dominant narrative. 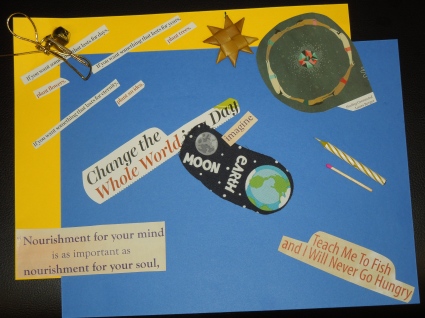 -While most social workers want to be therapists, in micro practice, we do instill that human rights and social justice message – and teach trauma-informed social work and we practice with our immigrant refugees and also attract international students – pretty cool! And all this creates fertile ground for social justice and not just in our back yard. At an international conference, a social worker from Australia told me he’d heard about Buffalo and our trauma-informed and human rights-based curriculum – word gets around…

We then all showed our art and talked about the meaning each piece had for its creator.

In reflecting on the two hour dialogue, we noted that future discussions should have more outreach to campus student groups and academic departments.

As a result of this event, the school is considering a regular schedule of similar dialogues. By engaging those interested in and committed to participating in cutting-edge conversations about challenging social issues, we can create a space and time for reflection on how (and if) we want address or redress some issues. Some conversations may lead to tangible “products,” educational efforts or action plans. We’ll be sure to update this blog post when that happens.

Developing cultural competency, learning about human conditions under extreme duress, developing appropriate interventions as social workers, and addressing the root causes of extremist violence: this does not happen overnight.

We welcome your comments.  Has your school or workplace held discussions like this? Do you have resources to share? Please let us know!

Some of the participants and their art: 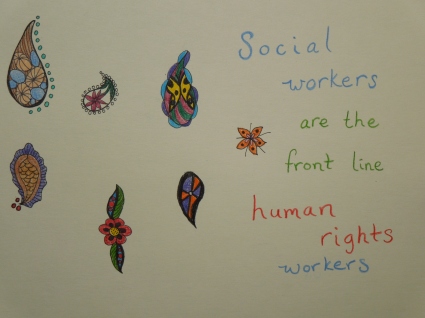 We’re naturals at this. 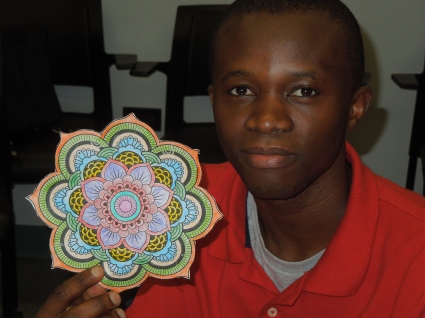 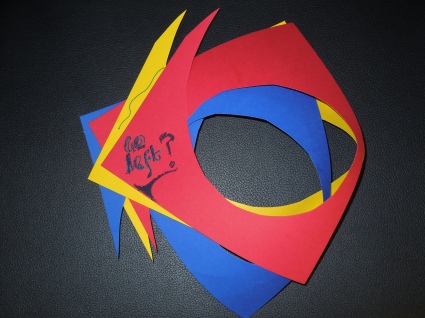 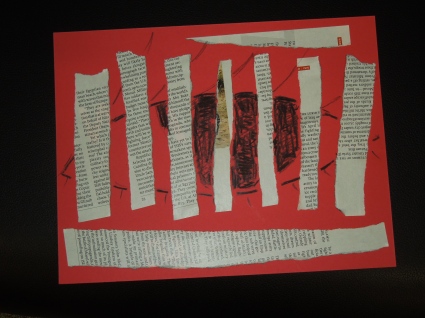 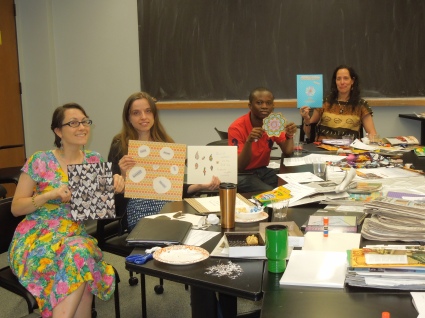 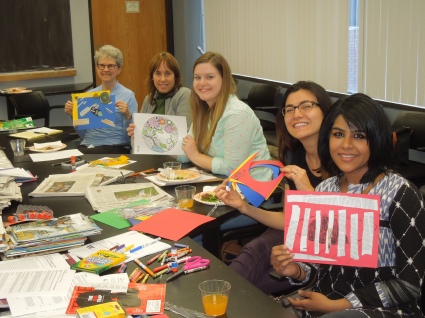