Editor’s note: This is the third in a series of posts from a MSW student who is volunteering with the University at Buffalo Law School US-Mexico Border Clinic , assisting women and children seeking asylum, in a detention center in Dilley, Texas. Look for previous posts at https://socialworksynergy.org .

People are telling us their best hopes; we have to get them back to their darkest fears.

I don’t know if I can express fully what I mean by this, or if there’s a way for me to capture the complex feeling I hope to convey. I do not mean that we have to break them down; I think that we all try very hard not to re-traumatize our clients, to be kind, gentle, to care about them and their stories. I notice the staff giving trauma-informed care when they talk about making sure people know that these records are confidential, that they are safe here, making sure that clients get breaks when they need them, and instructing volunteers about which traumatic details are necessary to dig into and which we definitely do not need to ask about. 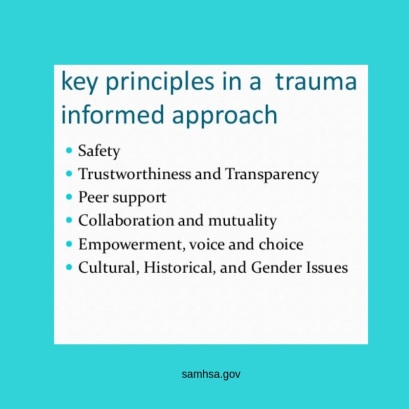 But what we DO see is that clients, almost always, have normalized the fear, the danger of their lives – and so when you ask them about what made them come here, they talk instead about hope.

They will tell you they are here for a sense of safety. They are here to give their kids a better life. They are here because the economic opportunities for single mothers are insufficient where they’re coming from, because their kids’ education has been stalled out at home, because they have a friend here, a cousin, they hear it is better for women, better opportunities for their kids. They want their daughters to marry men who will treat them with respect, and they know from experience that violence cycles within families – and they came here to break that cycle. 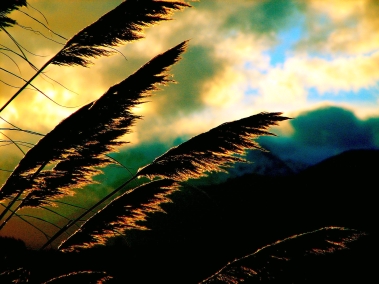 And then your job is to coach them – you will talk to them long enough to find out the raw and horrifying reasons they left. Rape, domestic violence, murder attempts, racial or religious oppression, gender-based oppression, gang violence, threats against them and their children, things that the police can’t or won’t protect them from, that their family and neighbors are all equally hurt by.  And it’s not that they’ve been lying to you, or that the claim wasn’t credible – it’s that the legal criteria for meeting an asylum claim are mildly ridiculous in that the questions asked don’t actually fit how people experience danger, or oppression.

People tell you about their hopes when they say they are here for the financial opportunity. Think about what financial stability is tied to: if they have money to move out of the dangerous neighborhoods, their kids will be safe from gang threats; if they have financial security they will not have to stay with the in-laws who belittle them every day, or they will leave the husband that hurts them; they will no longer be in situations where their labor is forced or exploited; they will have a car so that men do not kidnap them off the street; they will have options, and they will have security.

My best hope for my job here is to help them understand that their dreams, those best hopes for economic refuge, for equality, for safety for themselves and their kids, are so clearly THE most important and precious things in the world. But, unfortunately, those goals are not the best thing to focus on when they talk about their reasons for seeking asylum. The officers need to hear about the details of their daily lives that they have forgotten to be horrified by: about the police who sell them out to the gang instead of protecting them; about the kids at their son’s school kill other kids who won’t join the gangs; about how their every action is insulted and controlled at home, how women are not safe in their neighborhoods and homes, and more. Our job as volunteers is to help them talk about the salient details: these aren’t always the most striking details to our clients, who live with the violence every day. We don’t want them to be blindsided in their asylum interviews by the nature of the questions. My hope is to that they leave here prepared, not only with the facts but emotionally and mentally prepared for the interview and what happens after.

There is a standard set of questions that the clients are asked, separate from the asylum questions, about whether they are terrorists or have ever hijacked a plane, for example. There are often asked in tandem with the interview but are not connected it to it unless one of the clients screens positively for criminal or terrorist ties, or if the records show suspicion of the same.

The Asylum Officer is looking for specific events that show why the clients’ lives, or their kids’ lives, will be endangered or forfeited if they are deported to their country of origin. If helps if the officer hears about the incidents that put their lives in danger, every day. Under the law, the officer’s job is to determine if there is any reason to grant asylum, but in practice the officers vary in their standards, outlook and interpretation of the laws. Another influence is the direction provided by the current administration’s policies, the rapidly changing legal landscape as cases are decided, overturned, and chilled in rapid succession, as well as the lowering of quotas for number of people allowed to enter the U.S.

For all of these reasons, preparing our clients for these interviews can be difficult, especially because it doesn’t feel intuitive to the women. Of COURSE they should talk about the acute harms they felt, the “smoking gun,” the danger they want their kids to avoid, right? But they forget to tell you about actual guns, because that can be assumed – the threats come heavily armed. It’s difficult – they have prepared themselves to tell you about the rape or the worst events, but not most current threats; women talk to each other, they know to expect those questions – but they don’t usually expect the lines of questioning that delve into the mundane, which will prove to the U.S. things that are normalized for them, like the fact that the police really will not act to protect them. They don’t expect that the Asylum Officers will interview their eleven-year-old. They don’t expect to hear the stories their eleven-year-old never told them, about the gang recruitment tactics, about murders and beatings. I usually try to check in with their mother at that point, and they tend to understand – pre-teens across the world don’t tell their parents everything, and these kids also want to protect their mothers from the pain of knowing this (or, often, the gangs have threatened their kids’  families if they tell). But it’s not a total shock to them, the families tend to know what their neighborhoods and schools are like generally – a lot of the mothers are here with kids around the ages of 10 and 11, since in El Salvador (and Honduras and Guatemala, to a lesser extent) 11 is the age when gangs begin to recruit the boys out of the schools. A volunteer here who works with youth in El Salvador told me that once a boy is 10 years old, that is when the gangs begin to enforce the rules about boundaries – which neighborhoods “their” people can travel within, or who can or cannot enter their neighborhood without facing penalties that can be as severe as death.

Why this work matters

I think we are all still learning – even the Project’s staff – how to balance the desire to help the women build their best case without making them feel their narratives are either horrifying or invalid, and to protect them from the harm of having to tell and re-tell about their deepest traumas. But there is one thing that I truly, deeply feel: our willingness to put in this effort, this labor, for the women and kids matters to them. I have had numerous clients thank me for being here, for caring about them, for “being a good person.” Our presence matters to them, and our empathy – knowing that other people care about you and want to be on your side is invaluable; having someone listen to your story without condemnation can be empowering. And that, above all else, is what I am here to try my best to accomplish.

Watch for Teresa’s 4th post, to be published tomorrow.

Teresa Watson, at the hotel in Dilley, Texas, January 2019. Photo courtesy of author.

Teresa is in her second year as an Advanced Standing MSW student and will graduate in May 2019.