Posted on April 22, 2017 by Pat Shelly, Univ. at Buffalo School of Social Work One comment

“Use it up, wear it out, make it do, or do without.” This is an old Yankee/New England proverb that resounds with our more environmentally-conscious society today.

Sustainability is  a word that appears more frequently in the press around Earth Day, which is observed on April 22 in the US. Many slogans address environmental issues. Some instruct: “Reduce, Reuse, Recyle,” or humorously inform: “Recyclers do it over and over again,” or recommend:

“Hug a tree, they have fewer issues than people.”

END_OF_DOCUMENT_TOKEN_TO_BE_REPLACED

Posted on March 27, 2017 by Pat Shelly, Univ. at Buffalo School of Social Work Leave a comment

March is Social Work Month, a time for celebrating our profession and increasing awareness of social work and social workers. The National Association of Social Workers (NASW) has this description of the theme for 2017:

“Social workers stand up for millions of people every day. These include people who are experiencing devastating illnesses and mental health crises, our veterans, children, families and communities. Yet many people still misunderstand who social workers are and the invaluable contributions they bring to society.

During a March 13th #MacroSW Twitter Chat, the following question was asked, “For What Do You Stand Up?”   The responses were wide-ranging and inspiring; we had many practitioners, advocates and students sharing ideas and actions that expressed what social workers stand up for.

Joining the chat were Greg Wright, the Public Relations Manager for NASW. Part of Greg’s job is to cover how the media portrays social workers, on the NASW site, Social Workers Speak!

As Greg told us, “NASW stands up for the social work profession and the millions of clients who social workers serve…[We are] committed to upholding the NASW Code of Ethics.”

Linda Grobman, Publisher/Editor of The New Social Worker was on the chat too. The Social Work Month 2017 Project (she offers this project annually) of the magazine,with many articles, poems and art work by contributors.

And she can be seen in a video, reading the NASW 2017 Social Work Month Proclamation. 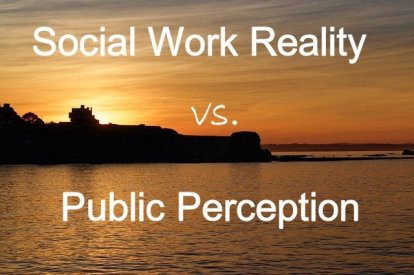 The first part of the chat addressed what people were doing to celebrate Social Work Month. There were many advocacy actions, and celebrations, and many ideas and resources offered. Social work students and other participants were from the states of Colorado, Michigan, Missouri, New York, North Carolina, North Dakota, Pennsylvania, Texas, Virginia, Wisconsin, and also from the District of Columbia.  We went international, too,with someone from Canada!  And toward the end of the chat, we shared movies and books that portrayed social workers in a realistic light, as fully developed characters.

But the question, “For what do you stand up?,” elicited a great cascade of responses. During the hour-long chat, there were 103 participants sending over 1,100 tweets. (You can read the complete archive of the tweets here.)

For this blog post, however, I offer just a couple of dozen tweets that reflect the many issues, causes and populations that social workers stand up with and for. *

I stand for the mentally ill and elderly.

I’m passionate about ending the stigma against mental illness.

I stand up for and with all disadvantaged populations. Whether this be economic status, gender, race, religion, etc.

I stand up for those with developmental disabilities and their families – helping them to live their fullest lives.

I stand up for children and youth with mental illness.

I stand up for social equity using an intersectional approach.

It is not enough to stand FOR others; rather, I stand with and I use my privilege to help build conditions to speak their own truth.

We stand up for the principles of Trauma-Informed Care and strive to engage all social workers in a convo. about TIC

My passion is to be a voice for male victims of DV. 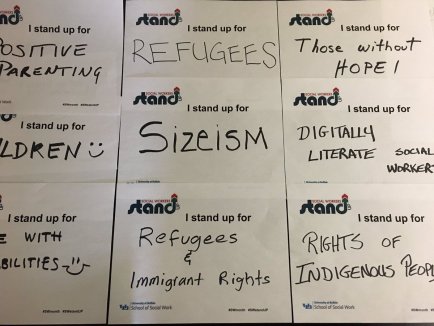 I #standup for people experiencing homelessness.

People with criminal records and their families.

I stand against gender-based violence.

I stand up for those seeking healing amidst division and brokenness.

I stand for my clients – individuals with low vision or blind – who want to be treated as CAPABLE human being.

I stand up for positive parenting being a good and providing a positive influence on children.

I stand up for children who have been abused and neglected. Many of them don’t have a voice.

I stand up for all those who were never intended to be part of the American dream. and who live its nightmare.

I stand up for the dignity and worth of all!

I stand up for all immigrants and refugees.

And love, I stand for love

I stand up for people & families who are harmed by deficit-based, ineffective, & harmful interventions or policies.

My true passion is the elderly, their quality of life, and elderly abuse & neglect.

I stand for #MealsonWheels and after school programs.

My daughter is transgender, so I fight to #ProtectTransKids.

I stand up for health care for everyone. Not just the rich. And not just health insurance, but real health care!

I stand up for women. I am one. There are a lot of us. We deserve chances & we deserve equality. We deserve bodily autonomy.

I stand up for accessibility.

I #standup for social justice. 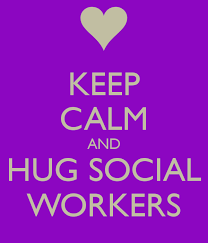 To close, here is an excerpt from the poem, “To Be of Use,” by Marge Piercy — a tribute to my colleagues in social work:

I love people who harness themselves, an ox to a heavy cart,
who pull like water buffalo, with massive patience,
who strain in the mud and the muck to move things forward,
who do what has to be done, again and again.
I want to be with people who submerge
in the task, who go into the fields to harvest…
[who]move in a common rhythm
when the food must come in or the fire be put out.

*The tweets have been edited to avoid duplication; some are combined and some punctuation has been added for readability.

PREP SCHOOL NEGRO: Periscope of the discussion on Race, Racism and Leveraging Technology for Social Justice

Posted on September 21, 2016 by Pat Shelly, Univ. at Buffalo School of Social Work One comment

Thirty years before our current election cycle’s talk about racial disparities, killings streamed on Facebook and the rise of the #Occupy and #Blacklivesmatter movement, a young Black man was offered an opportunity for what he hoped was a better life.  André Robert Lee’s full scholarship to attend a Philadelphia prep school was supposed to be his way out of the ghetto, but this elite education came at a high personal cost.

Prep School Negro documents André’s journey back in time to revisit the events of his adolescence while also spending time with present-day prep school students of color and their classmates to see how much has really changed inside the ivory tower. What he discovers along the way is the poignant and unapologetic truth about who really pays the consequences for yesterday’s accelerated desegregation and today’s racial naiveté.

A screening of Prep School Negro was held on September 19, 2016 as part of the University at Buffalo’s School of Social Work series on Social Work and Emerging Technologies, led by affiliated faculty member Mike Langlois, a clinical social worker and educator.  After the screening, Mike engaged André Lee, the director of Prep School Negro and producer, civil rights educator and activist, in a discussion on race, racism, the seismic shifts in technology and how to leverage emerging technologies in the fight for social justice. 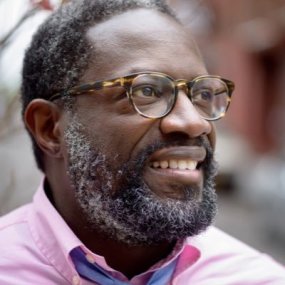 Here are links to the Periscope recordings:

We welcome any comments, and will pass any received along to André and Mike.

Posted on June 23, 2016 by Pat Shelly, Univ. at Buffalo School of Social Work Leave a comment

This mass shooting reveals some of the most complex social problems of our era: homophobia, racism, hate crimes and gun violence.

(The edited version is by Pat Shelly, who was using the handle @officialmacrosw for this chat.)

In the wake of the Orlando shooting (we will use #PulseOrlando as our hashtag for this chat), we feel heartache, sadness and anger. We may be left wondering why this happened and how we can prevent…

Posted on September 9, 2015 by Pat Shelly, Univ. at Buffalo School of Social Work Leave a comment

Note: A summary of the chat can be found here
https://storify.com/UBSSW/trauma-informed-care-macrosw-twitter-chat-9-10-15

All the new resources mentioned in the chat summary can be found below the list of suggested readings at the end of this post.

What: Macro Social Work Twitter Chat
When: Thursday, Sept. 10, 2015  at 9pm ET / 6pm PT
Why: Knowledge of trauma and its impact, assessment and treatment are essential to the future of social work practice, and social work education.*
How: Follow #MacroSW  (see here for live twitter chat tips by our chat partner @LaurelHitchcock)

During this #MacroSW Chat, we will be focusing on Trauma-Informed Care (TIC) and Social Work.

September 10 is the eve of the 14th anniversary of 9-11, which resulted in trauma to a nation, a city, communities, families and individuals; 9-11  (see #NeverForget_911) joined #OklahomaCityBombing as synonyms for “acts of mass murder by terrorists.”

This is also #SuicidePrevention Week. Trauma is obviously part of what both suicide attempt-survivors and suicide loss-survivors experience.

Current traumas in the news include the #refugee crisis in Europe, and the ongoing issues of racist violence in the U.S. as seen in #BlackLivesMatter #SayHerName #Ferguson #Charleston.

Please join us, with our guest experts from the Institute on Trauma and Trauma-Informed Care, @UBSSW professors Sue Green @UBittic and Tom Nochajski @ubthn.

Institute on Trauma and Trauma-Informed Care, University at Buffalo School of Social Work

We’ll want to hear about your experiences with trauma-informed care and thoughts on how this enriches our profession.
*Knowledge of trauma and its impact, assessment and treatment are essential to
the future of social work practice, and social work education.
Check back on September 11th, when a summary – including a list of references and resources – will be posted.

Suggested Reading: (an incomplete list – we welcome your comments and additions)

SAMHSA’s Concept of Trauma and Guidance for a Trauma-Informed Approach (2014, July). Retrieved from:
http://www.traumainformedcareproject.org/resources/SAMHSA%20TIC.pdf

SAMSHA. (2010). Creating a Trauma-Informed Criminal Justice System for Women: Why and How. Retrieved from:
http://www.traumainformedcareproject.org/resources/TIC%20criminal%20justice%20for%20women%20%282%29.pdf

Trauma-Informed and Trauma-Specific Services. Oregon.gov Addictions and Mental Health Services: (resources in and beyond Oregon)
http://www.oregon.gov/OHA/amh/pages/trauma.aspx

#MacroSW is a collaboration of social workers, organizations, social work schools, and individuals working to promote macro social work practice. Macro social work practice focuses on changing larger systems, such as communities and organizations. It encompasses a broad spectrum of actions and ideas, ranging from community organizing and education to legislative advocacy and policy analysis. The chats are held bimonthly on Twitter on the second and fourth Thursday of each month at 9 p.m. EST (6 p.m. PST). For more information, chat schedule, and chat archives check out https://macrosw.wordpress.com